So be aware that there are some significant differences between Python 3 and earlier versions.

The following tutorials help you to learn Python 3 programming language by basicly.

The first Python program has only one executable line.

Input means getting data into your program from an input device (usually the keyboard).

Python needs a place to store whatever value is input. These storage places are known as variables, and have to have a name.

In the Python 3 statement below, the variable’s name is text.

The above Python statement, when executed (i.e. run) will output to the screen whatever is within the quote marks. This text is sometimes refered to as a “Enter some thing:”. Python then waits for you to enter something from the keyboard.

The purpose of the assignment symbol is to place whatever you typed in, into the variable on its left.

input(), int() and float() , str() are built-in Python functions. They can be used at any time in any Python statement.

You can always check the data type of any variable by using the type() built-in function.

Program 3: Note that \n within quote marks a new line to be printed

Program 5: Calculate the Average of 3 Numbers

Program 6: Calculate the Average of Numbers in a Given List

Program 7: Calculate the average of 3 numbers using “while”

Examples of use of arithmetic operators 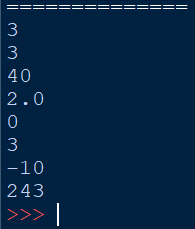 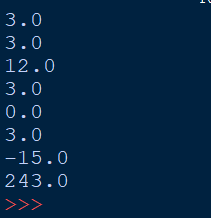 Examples of use of Boolean expressions

Program 10: Python stores true as integer 1, and false as integer 0 but outputs ‘true’ or ‘false’ from print statements 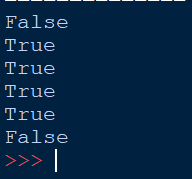 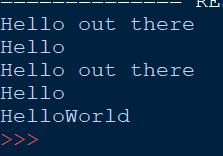 Program 12: Convert the integer to a string first to concatenate a string and an integer

Program 13: Round up a floating point number to the nearest integer

Program 14: Round a float number to 2 decimal places, and output that number as € currency printed with a comma after the number of thousands 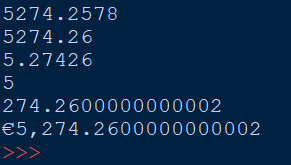 Program 15: Converting one data type to another

The syntax of the if…else statement is −

Program 18: Combining boolean expressions with and

Program 19: The if statement

Program 20: The if statement with multiple statements

Program 21: The if statement with multiple statements

Program 26: Decision using two conditions linked with an and or an or

A while loop statement in Python programming language repeatedly executes a target statement as long as a given condition is true.

The syntax of a while loop in Python programming language is −

Here, statement(s) may be a single statement or a block of statements. The condition may be any expression, and true is any non-zero value. The loop iterates while the condition is true.

When the condition becomes false, program control passes to the line immediately following the loop.

In Python, all the statements indented by the same number of character spaces after a programming construct are considered to be part of a single block of code. Python uses indentation as its method of grouping statements.

Program 27: Examples of while loops

Program 28: Examples of while loops 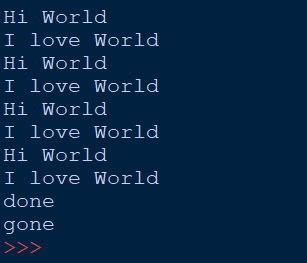 Program 29: Examples of while loops – the infinite loop

Program 30: Examples of while loops – another infinite loop

Program 31: Example of break to end an infinite loop 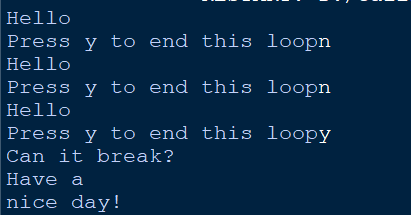 Program 32: Example of continue to end an infinite loop 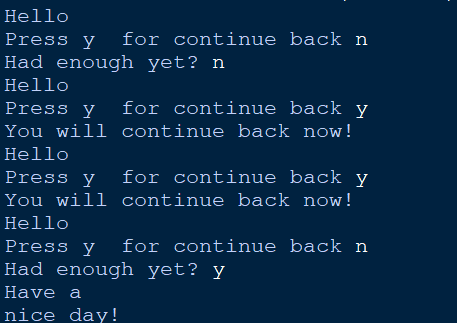 It has the ability to iterate over the items of any sequence, such as a list or a string.

Program 34: Example of the counter-controlled for loop 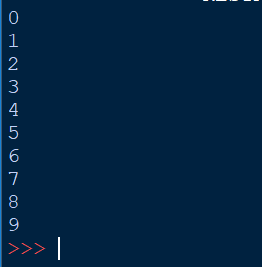 Program 35: Example of the counter-controlled for loop

Program 36: ‘continue’ with the for loop

Program 37: ‘break’ with the for loop

Program 38: Outputting strings and numbers in a single print statement 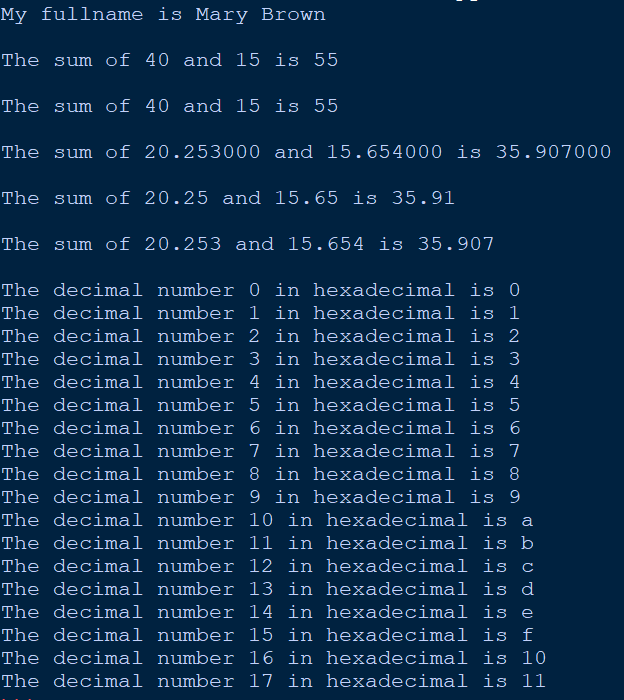 Program 40: Repeat a program at the user’s request

Program 41: Use a loop within a loop 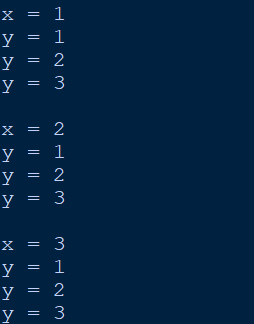 Program 42: Use a loop within a loop 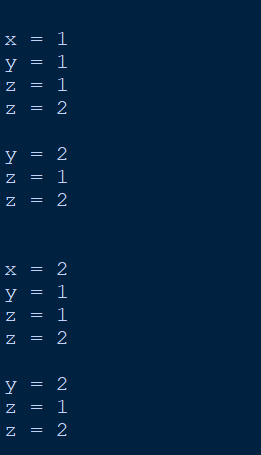 Program 43: Use a loop within a loop

Program 44: Use a loop within a loop 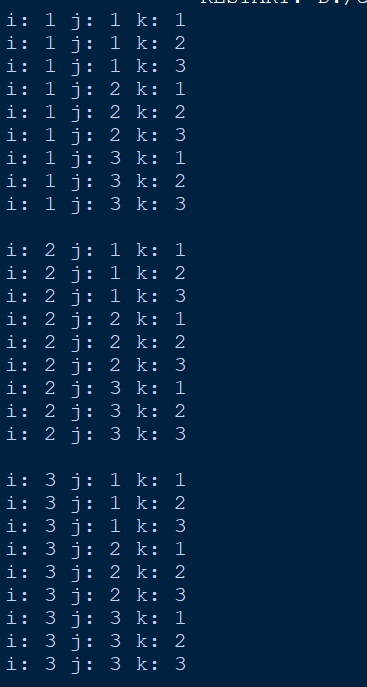 Program 45: Using the built-in square root function math.sqrt
To use any math function, you have to include the statement: import math in your program – usually at the top, but can be anywhere.

Program 46: Using the dir function to list out the names of available functions in the math module

A function is a block of organized, reusable code that is used to perform a single, related action. Functions provide better modularity for your application and a high degree of code reusing.

As you already know, Python gives you many built-in functions like print(), etc. but you can also create your own functions. These functions are called user-defined functions.

You can define functions to provide the required functionality. Here are simple rules to define a function in Python.

By default, parameters have a positional behavior and you need to inform them in the same order that they were defined.

Program 47: Showing functions which have no return statement 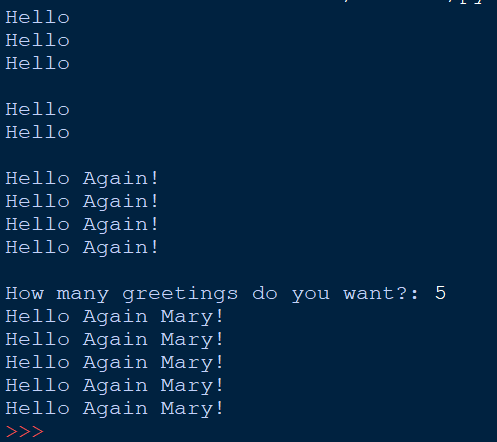 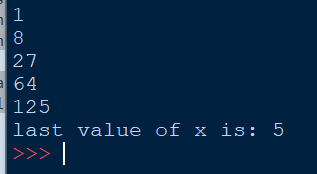 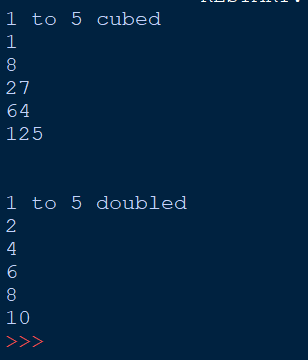 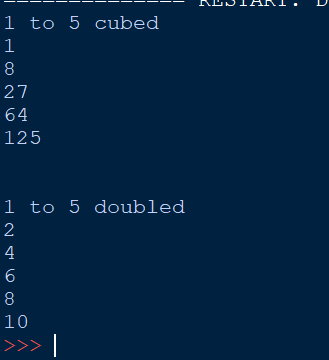 Program 51: Function with no return statement 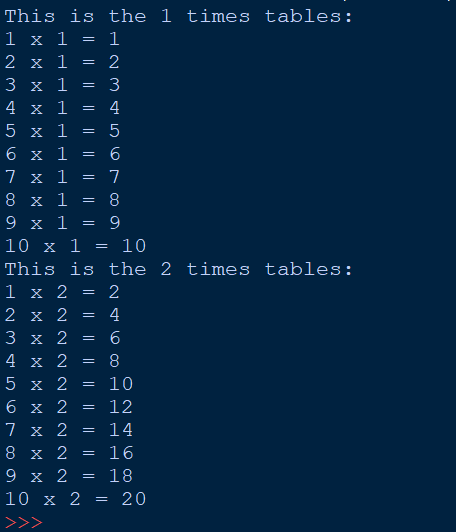 Program 53: Function with no arguments

Program 54: Program with a Boolean function

Polymorphism : the meaning of the operations depends on the objects being operated on. The * operator is said to be “overloaded”

Program 56: The scope of a variable

The most basic data structure in Python is the sequence. Each element of a sequence is assigned a number – its position or index. The first index is zero, the second index is one, and so forth.

Python has six built-in types of sequences, but the most common ones are lists and tuples, which we would see in this tutorial.

There are certain things you can do with all sequence types. These operations include indexing, slicing, adding, multiplying, and checking for membership. In addition, Python has built-in functions for finding the length of a sequence and for finding its largest and smallest elements.

The list is a most versatile datatype available in Python which can be written as a list of comma-separated values (items) between square brackets. Important thing about a list is that items in a list need not be of the same type. 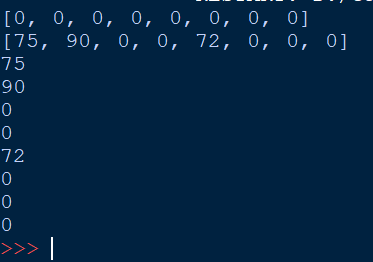 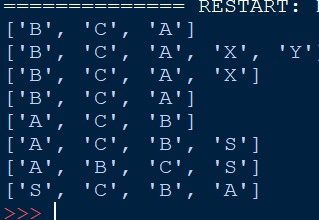 Program 74: Program which demonstrates a bubble sort on a list of 10 random integers

Strings are amongst the most popular types in Python. We can create them simply by enclosing characters in quotes. Python treats single quotes the same as double quotes. Creating strings is as simple as assigning a value to a variable. 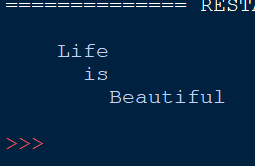 Program 81: Finding the length of a string

Program 83: Finding a string within a string

Program 84: Changing a string within a string

Program 85: Escape sequences within a string

Program 86: Iteration and membership with strings

Until now, you have been reading and writing to the standard input and output. Now, we will see how to use actual data files.

Python provides basic functions and methods necessary to manipulate files by default. You can do most of the file manipulation using a file object.

Before you can read or write a file, you have to open it using Python’s built-in open() function. This function creates a file object, which would be utilized to call other support methods associated with it.

Program 83: Program which uses a file

Program 88: Program which uses a file

Program 89: Program which uses a file

Program 90: Program which uses a file

Python has been an object-oriented language since it existed. Because of this, creating and using classes and objects are downright easy. This chapter helps you become an expert in using Python’s object-oriented programming support.

If you do not have any previous experience with object-oriented (OO) programming, you may want to consult an introductory course on it or at least a tutorial of some sort so that you have a grasp of the basic concepts.

However, here is small introduction of Object-Oriented Programming (OOP) to bring you at speed

Program 91: Create objects of the Person class and how to inspect the state of those objects.

Program 93: Use accessor and mutator methods